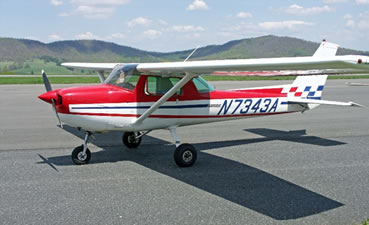 The Cessna 150 aircraft was developed between 1958-1977 and become an instant success, with more than 23,839 being produced during the following 19 years. This led to the aircraft becoming the fifth most produced civilian plane ever, and Red Box Aviation are delighted to manufacturer start power units and continuous power units, as well as provide aviation tugs for this hugely popular airplane.

If you are seeking an aviation tug for the Cessna 150, we strongly recommend the 709 tug, which has been designed and built to save time and money for FBOs, maintenance shops, corporate aviation or anyone needing to move aircraft. If it’s start power units you are looking, look no further than the RB25A. This switchable unit can be changed between 12V and 24V settings. This tough and compact unit has exceptional power to weight ratio.

Please contact Red Box Aviation to learn about our recommend continuous power units, as well as discovering the range of GPU and tug options that are also suitable for the Cessna 150 aircraft.