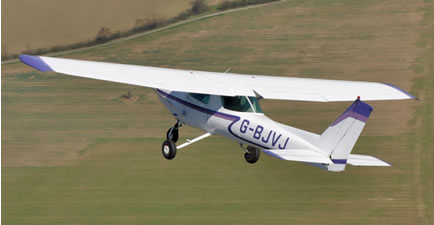 Cessna based their design of the Cessna 152 on its predecessor, the Cessna 150, with productions starting from 1977. By amending and modernising minor aspects of the precedent design, as well as installing the more powerful Lycoming O-235 engine, the aircraft was intended for general aviation purposes, however it became widely used as a flight training aircraft. There were several variants of the Cessna 152 manufactured, commencing with the 152 II which offered an enhanced set of avionics, while the 152T included a standard package intended for training use – for which the T stand in 152T. In 1977 the Cessna A152 (Aerobat) was developed, in order to create an aircraft approved of limited aerobatics. The design was substantially different from the precedent Cessna 152, with four-point harnesses, removable seat cushions allowing for parachute wear in the cabin. Other aspects included skylights and jettisonable doors.

Red Box is pleased to offer a great range of ground power equipment for this aircraft, including tugs, ground power units, start power units, aviation tools, and more, which are perfectly suited to the requirements of the Cessna 152 Trainer/Commuter/Aerobat aircraft.

This includes the 701D electric tug, which is capable over moving aircraft up to 4,500 lbs, and the RBPS25 continuous power unit. This continuous power supply is ideal for diagnostic work, pre flight checks or for continuous powering of equipment during operations, without draining the onboard aircraft batteries.

View all recommended ground power equipment for the Cessna 152 Trainer/Commuter/Aerobat aircraft below.