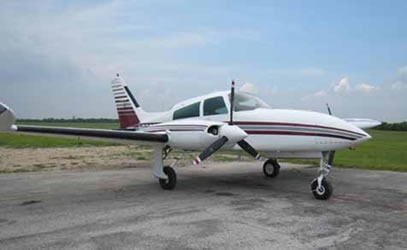 The Cessna 310 is a twin-engine, low-wing monoplane. The Cessna 310 has been developed with a modern, more sleek design, as well as an innovative aspect such as the instalment of augmenter tubes for the engine exhaust thrust. The Cessna 310R’s production commenced in 1975, with some structural changes compared to its predecessors. The aircraft’s signature lengthened nose was designed to accommodate for additional baggage space. The aircraft featured a Continental IO-520-M or IO-250-MB engines powering three-bladed propellers.

Red Box is pleased to offer a great range of ground power equipment for this aircraft, including tugs, ground power units, start power units, aviation tools, and more, which are perfectly suited to the requirements of the Cessna 310R aircraft.

This includes the hugely popular RB25A start power unit, which fully charges in less than two hours from 50%, whilst the 709 tug is capable of moving aircraft up to 9,500 lbs, making it ideal for this particular model.

View all recommended ground power equipment for the Cessna 310R below.