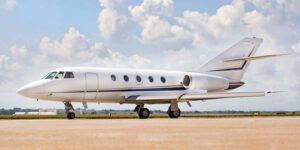 The Dassault Falcon 20 was the first business jet being developed by Dassault. The decision to design a new model came to be after the French government expressed their intention to re-establish the aviation industry in the country, following the effects of World War II. The Falcon 20 had made its maiden flight in 1963, however was not introduced to the public until 1965. It first became known as the Falcon-Breguet Mystère 20, however due to a distributor arrangement with Pan American it had been renamed the Falcon 20. The aircraft soon became a success both in civil and military operations, as it was considered easy to fly. This was accomplished by the use of hydraulically powered controls, which allowed for precise and smooth operation for the pilot.

Red Box is pleased to offer a great range of ground power equipment for this aircraft, including tugs, ground power units, start power units, aviation tools, and more, which are perfectly suited to the requirements of the Dassault Falcon 20 aircraft.

This includes the popular RBI9400T mechanic hand trolley case complete with 161 BAHCO tools, the 747C electric tug, and the RBSC225 continuous power unit, which is ideal for diagnostic work, pre flight checks or for continuous powering of equipment during operations, without draining the onboard aircraft batteries. We also offer a combination of start and continuous power in one unit for the Dassault Falcon 20 in our TC3000 range.

View all recommended ground power equipment, tools and Tugs for the Dassault Falcon 20 aircraft below. 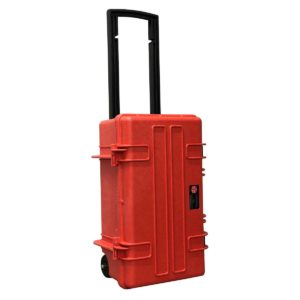