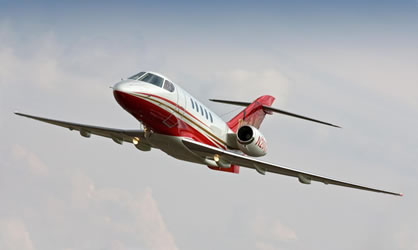 The SyberJet SJ30 is a light business jet, developed and manufactured by SyberJet Aircraft. The development of the aircraft was announced by engineer Ed Swearingen in 1986, with the intention to innovate a more effective competitor against the successful business jets of the time. The design created also incorporated the Williams FJ44-2A turbofan engines with a swept wing design to enhance performance, and was able to seat upt o six passengers in a sea level cabin. The initial model SJ-30 1 had never been successfully certified, however the production variant SJ30-2 had became popular in business aviation.

Red Box is pleased to offer a great range of ground power and support equipment for this aircraft, including tugs, ground power units, start power units, aviation tools, and more, which are perfectly suited to the requirements of the Sino Swearingen SJ30-2 aircraft.

This includes the popular RBI9400T mechanic hand trolley case complete with 161 BAHCO tools, and the 717 tug. We also offer a combination of start and continuous power in one unit for the Sino Swearingen SJ30-2 aircraft in our TC3000 range.

View all recommended ground power equipment, tools and Tugs for the Sino Swearingen SJ30-2 aircraft below.