On July 20-26, we joined our partners Priceless Aviation for this year’s EAA AirVenture, held in Oshkosh, Wisconsin, USA. The show was a huge success, with visitors exceeding 500,000, and Priceless Aviation provided the Aircraft Tugs used by the ground crew at the show to manoeuvre the aircraft around the tarmac when arriving and departing from Wittman Regional Airport.

A selection of Priceless Aviation Tugs and Red Box products were on display, including our Aircraft GPUs, frequency converters, and Pre-designed Aviation Tool Kits. Including the Flight Aid Tool Kits (Pictured Below).

These kits has been designed to be an essential maintenance companion for Pilots, and are available in an Imperial or Metric version. With ‘Tool Control’ foam inlays, missing tools are identified quickly, and tools are kept organised.

Over 10,000 aircraft arrived at Wittman Regional Airport over the course of the show, which included an appearance by the U.S Air Force Thunderbirds, who flew their first performance on May 25, 1953. Thee aircraft were used following the Korean War to show the American Public the safety, reliability and manoeuvrability of jet engine aircraft.

Two members of the Red Box team, Adrian Jackson, Managing Director, and Tom Harwood, Sales, joined the team at Priceless Aviation for the duration of the show and all in all another successful year was had at EAA Airventure, the largest and most significant annual aviation event in the USA.

Take a look at our Oshkosh 2014 photos below. 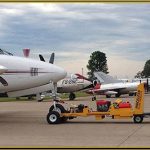 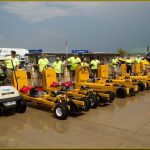 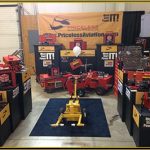 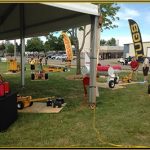 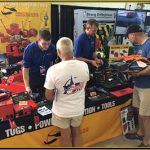