The Airbus Helicopters H225M Super Coougar (formerly Eurocopter EC725 Caracal) is a long-range tactical transport military helicopter. The H225M is a direct derivant of the Eurocopter AS532 Cougar. The modification was submitted to fulfill a requirement announced by the French Air Force, calling for a specialist aircraft for combat search and rescue application. The helicopter was to have uprated engines, improved durability in combat and greater flight endurance. The project received the EC725 designation, and was also equipped with autonomous avionics, and improved mission equipment. Today, the EC725 which is now designated H225M is in service in military applications under the flag of 10 countries.

Red Box is pleased to offer a great range of ground power and support equipment for this aircraft, including tugs, ground power units, start power units, aviation tools, and more, which are perfectly suited to the requirements of the Airbus H225M Super Cougar aircraft.

This includes the popular RBI9400T mechanic hand trolley case complete with 161 BAHCO tools, the 747C tug, the RBSC225 continuous power unit, which is ideal for diagnostic work, pre-flight checks or for continuous powering of equipment during operations, without draining the onboard aircraft batteries and the Twin RB75A for starting the aircraft, helping to avoid hot starts. We also offer a combination of start and continuous power in one unit for the Airbus H225M Super Cougar aircraft in our TC3000 range. 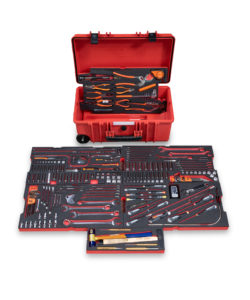 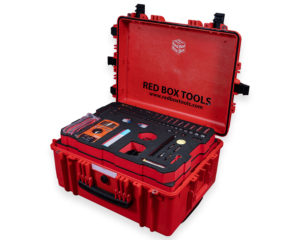