The ATR 72 is a twin-engine turboprop, short-haul regional airliner developed and produced by aircraft manufacturer ATR, a joint venture between Aérospatiale (now Airbus) and Aeritalia (now Leonardo S.p.A.). The aircraft received its name after the seating configuration, which was to accommodate 72-78 passengers. The ATR 72 was able to take-off from shorter runways, which was achieved by reducing the weight of the wings, utilising carbon fibre construction. The powerplants chosen for the aircraft were twin Pratt & Whitney Canada PW100s, powering four- or six-blade propellers. The ATR 72 was utilised in a variety of roles, these include passenger or corporate transport, cargo/freight transport, and maritime patrol operations.

Red Box is pleased to offer a great range of ground power and support equipment for this aircraft, including tugs, ground power units, start power units, aviation tools, and more, which are perfectly suited to the requirements of the ATR 72 aircraft.

View all recommended ground power equipment, tools and Tugs for the ATR 72 aircraft below. 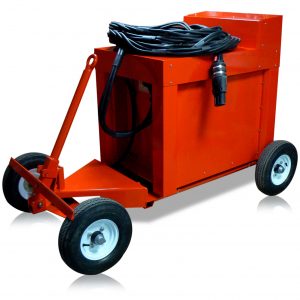