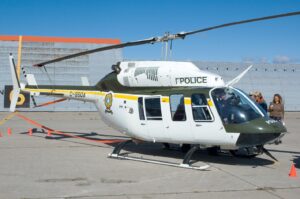 The Bell 206 is a family of two-bladed, single- and twin-engined helicopters, manufactured by Bell Helicopter. The original plans for this aircraft were proposed as a response to a United States Navy request on behalf of the Army for a light observation helicopter in October, 1960. Bell submitted the D-250 design for the proposal (this would have been designated the name YHO-4), competing with 12 other manufacturers, however subsequently not awarded the winning title. Not discouraged from this, Bell had followed through with production of the aircraft, re-branding it as the Bell 206A JetRanger. The later variant 206LT TwinRanger was a twin-engined conversion of the 206L, utilising twin Allison 250-C20R turboshaft engines. The TwinRanger had eventually been replaced by the Bell 427.

Red Box is pleased to offer a great range of ground power and support equipment for this aircraft, including tugs, ground power units, start power units, aviation tools, and more, which are perfectly suited to the requirements of the Bell 206 LT aircraft.

We also offer a combination of start and continuous power in one unit for the Bell 206 LT aircraft in our TC3000 range.

View all recommended ground power equipment, tools and Tugs for the Bell 206 LT aircraft below.