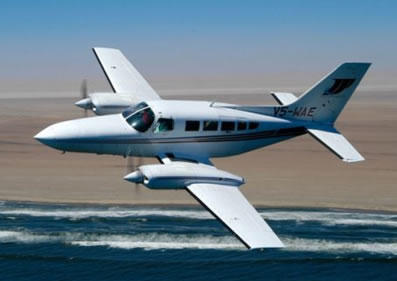 The Cessna 402, along with its counterpart the Cessna 401 are light, twin piston-engine aircrafts introduced in 1967. The focus during the development of the Cessna 402 was to manufacture an aircraft that is affordable and can be operated for a fraction of the price of its competitors’, along with eliminating the problematic single engine handling of the predecessing Cessna 411. The 402 has been produced with a larger cargo door, and the later models – named Cessna 402A – were utilising a larger nose to achieve more baggage space.

Red Box is pleased to offer a great range of ground power equipment for this aircraft, including tugs, ground power units, start power units, aviation tools, and more, which are perfectly suited to the requirements of the Cessna 402 aircraft.

These include the hugely popular RBFLT 52 electric aviation tug, which is able to easily move aircraft weighing up to 5.2 to / 11,464 lbs, and the RB25A start power unit, which provides 800A at 24v.

View all recommended ground power equipment for the Cessna 402 aircraft below.