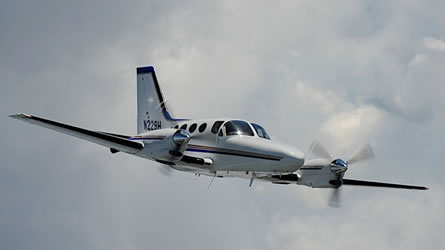 Cessna started developing the Cessna 421, also known as the Golden Eagle in 1967. The model came about as a pressurized version of the predecessing Cessna 411, and had become an instant success with over 200 aircrafts sold in the first year of production. In the following year the model was further refined with added fuel capacity and elongated fuselage, receiving the name Cessna 421A. By 1971 another variant was designed with larger baggage space in the nose of the aircraft and extended wingspan, allowing for a raised service ceiling of 5,000 ft. This model had been designated the name Cessna 421B.

Red Box Aviation is pleased to offer a great range of ground power equipment for this aircraft, including tugs, ground power units, start power units, aviation tools, and more, which are perfectly suited to the requirements of the Cessna 421 Golden Eagle aircraft.

This includes the RBPS25 continuous power unit, which is compact, lightweight and highly portable, and has been designed to give continuous high quality DC power for crew training, aircraft servicing in the workshop, on the ramp or in the field.

To move the aircraft, the 709 tug is ideal and can quickly and safely move up to 9,500lbs; perfect for the Cessna 421 Golden Eagle.

View more recommended ground power equipment for the aircraft below.