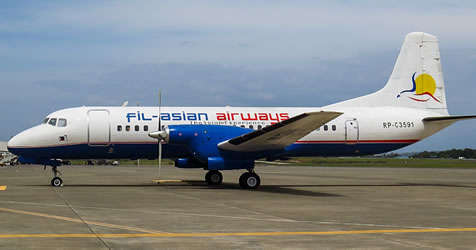 The NAMC YS-11 is a turboprop airliner, designed and built by the Japanese Nihon Aircraft Manufacturing Corporation. The YS-11 had the distinction of being the only post-war airliner fully developed and built in Japan. Around 1954 the Ministry of International Trade and Industry of Japan announced a proposal for companies to innovate a short-haul airliner, for which NAMC submitted plans of the YS-11. The YS-11 consisted of a low-wing, pressurized monoplane design, with seating for up to 60 passengers. The aircraft was fitted with Rolls-Royce Dart Mk.542-10K powerplants, the only aspect of the YS-11 that was not constructed or developed in Japan. Productions lasted until 1974, with 182 aircrafts built by that time.

Red Box is pleased to offer a great range of ground power equipment for this aircraft, including tugs, ground power units, start power units, aviation tools, and more, which are perfectly suited to the requirements of Nihon AMC YS-11 aircraft.

View all recommended ground power equipment, tools and Tugs for the Nihon YS-11 aircraft below.