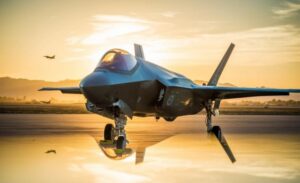 The Lockheed Martin F-35 Lightning II is a family of single-engine, all-weather stealth combat aircraft. It was based on the Lockheed X-35, created for the Joint Strike Fighter competition against the Boeing X-32 in 2001. The F-35 was developed to perform multiple utility and military roles, however was eventually intended for air superiority and strike mission purposes. The design comprised of extending the fuselage of the X-35 to accomodate for the advanced avionics, and moving the horizontal stabilizers aft to retain consistent performance. There were three main variants of the F-35, the F-35A for conventional takeoff and landing, the F-35B with short take-off and vertical-landing capabilities, and the carrier-based F-35C as one of the latest productions in the family.

Red Box is pleased to offer a great range of ground power and support equipment for this aircraft, including tugs, ground power units, start power units, aviation tools, and more, which are perfectly suited to the requirements of the Lockheed F-35 Joint Strike Fighter aircraft.

This includes the popular RBI9400T mechanic hand trolley case complete with 161 BAHCO tools, the RBFLT180 tug and 757 tug. We also offer a combination of start and continuous power in one unit for the Lockheed F-35 Joint Strike Fighter aircraft in our TC3000 range.