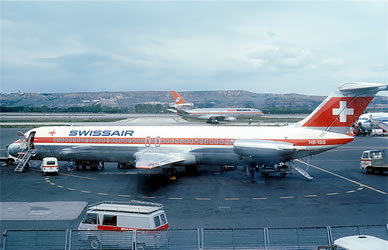 The McDonnell Douglas DC-9 is a single-aisle airliner designed and produced by the Douglas Aircraft Company. The design was proposed as a means to produce a smaller variant similar to the DC-8, which was much greater in size and capacity. The initial design incorporated two rear-mounted Pratt & Whitney JT8D turbofans under the T-tail. This had also allowed for a cleaner wing design, and airstairs built-in to the fuselage. The latest addition to the family was the Series 50, DC-9-51 model. This was the largest aircraft created, accommodating for up to 139 passengers as a result of a further extended fuselage. The cabin of the aircraft was also modernised, along with small improvements on the aircraft such as modified thrust reversers and fins installed below the side cockpit.

Red Box is pleased to offer a great range of ground power equipment for this aircraft, including tugs, ground power units, start power units, aviation tools, and more, which are perfectly suited to the requirements of McDonnell Douglas DC-9 Series 50 aircraft.