A few years back, we posted 6 interesting aviation facts which caught our attention; and we’re back again with some more! 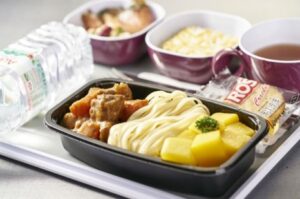 Airplane food isn’t THAT bad, it’s your taste buds! – Before take-off, the atmosphere within the aircraft dries out our noses and as the plane ascends higher, the change in air pressure numbs about a third of our taste buds; making your dinner taste bland and dry. However, airlines add a surplus of salt, other spices and seasonings to try and combat this but it never seems enough!

Make sure you stay hydrated – Following on from the previous point, your body can lose up to two cups of water for every hour you spend flying according to some estimates. This is only an estimate and can vary but due to the air pressure within the aircraft cabin, flying for long periods of time can cause dehydration for those on-board, which can lead to things such as deep-vein thrombosis. So be sure to drink plenty of water before, during and after your flight!

Aircraft lifespan – Aircraft lifespans aren’t determined by years, instead they’re determined by the number of pressurisations the plane undergoes. Every time a plane is pressurised during flight, it causes stress on its fuselage. Over time, this stress causes irreparable metal fatigue and cracks. An approximate rule of thumb is 75,000 pressurisations per aircraft. In human terms, this works out to about 20-25 years for most planes. 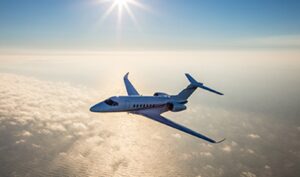 But have no fear! – As we documented last time around, a reasonable portion of our population have admitted to being fearful of flying. However, Air travel is the second safest form of transportation. Only elevators and escalators are considered safer (although they may take considerably longer to reach your final destination!)

Even if things do go wrong, you ‘should’ be OK! – According to multiple sources, the chances of a plane crashing are 1 in 1.2 million and the probability of a person dying in an airplane crash is a mere 1 in 11 million. Surprisingly, you are much safer in the air than you would be on the ground. Your chances of dying in a train derailment or crash is 1 in a half million, and the probability of dying in a car crash is 1 in 5,000.

Got any other interesting aviation facts? Let us know via our Facebook page.

If you’d like to find out more about our ground support equipment that we offer, contact our experienced Sales Team on either 44 (0)2380 254285 or via email at sales@redboxint.com who will be able to assist further.